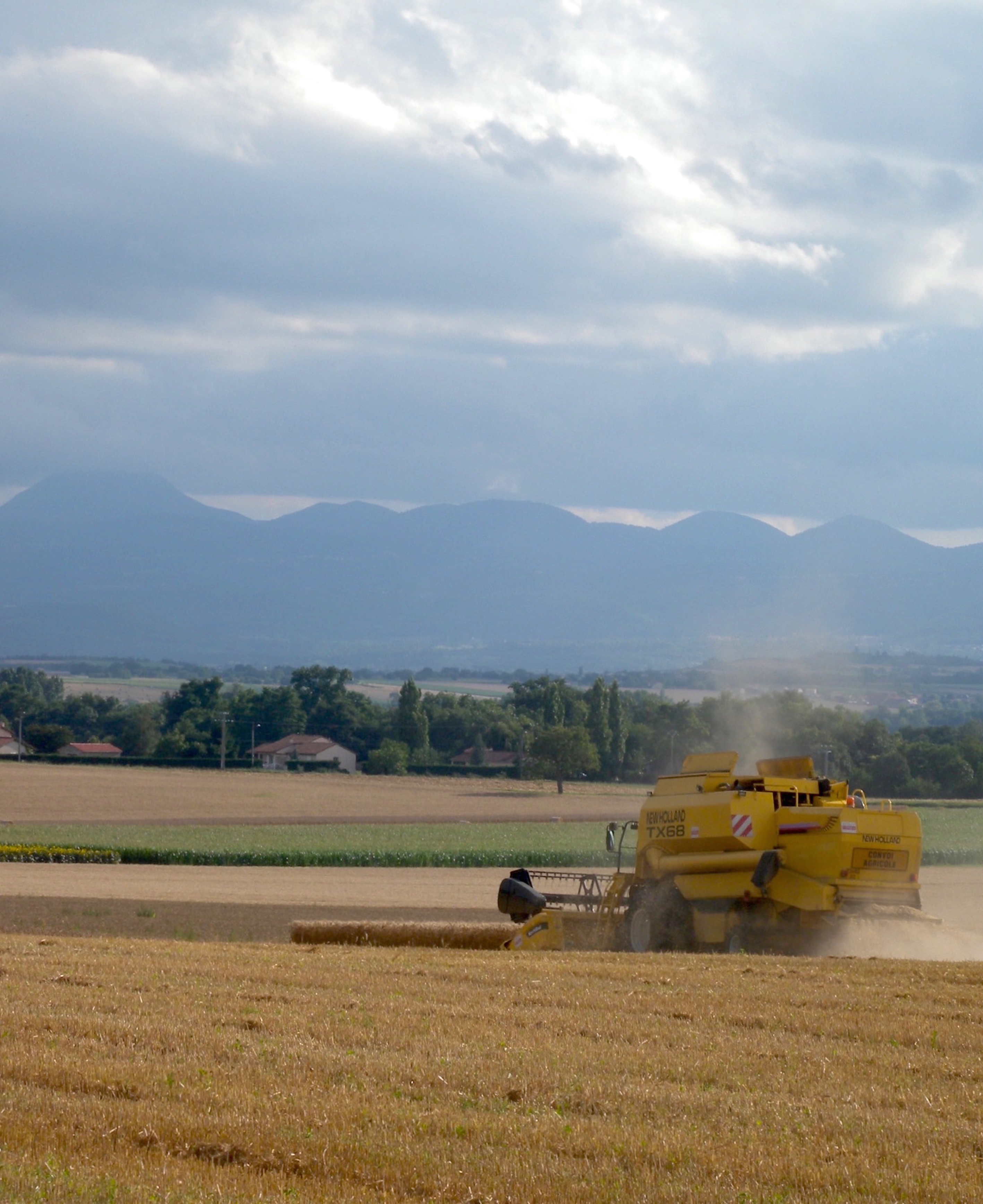 The World Wheat Book trilogy has been produced by a team of Editors with immense experience and involvement in all aspects of the world wheat crop.

The series had been sponsored throughout by Limagrain, the largest seed company in the European Union, and the fourth largest worldwide.

Alain Bonjean has more than 30 years international experience in seed and plant valorization as well as general management and R&D management of seed and technology-based companies.

He has cross-cultural expertise and negotiation skills in Europe, China, Russia, Northern and Latin America, India ... and more than 13 years of professional experience in China (field crop and vegetable seeds, biotechnology, cereal agro-industries).

He is also the author or co-author of several books related to wheat, cereals, oil crops, genetic resources, plant breeding, biotechnology approaches, plant dissemination and end-uses. This email address is being protected from spambots. You need JavaScript enabled to view it.

WJ (Bill) Angus graduated from the University of Liverpool, and started his career in wheat breeding at the Plant Breeding Institute (PBI) in Cambridge. He joined Nickerson Seeds as a wheat breeder in 1986. Influenced by his early career in research, Bill has maintained a breeding philosophy based on a detailed analysis of farmers’ needs and the needs to minimize risk to growers and the environment as well as focusing on the requirements of end use markets.

Bill has always given great attention to technical detail and has been a rapid adopter of new technologies, once proof of concept has been validated and the technical and economic advantage over previous tools has been proven.

Bill built up the company’s breeding station in Woolpit, Suffolk, UK in order to successfully select winter wheat. It was the largest UK programme for two decades, producing leading varieties such as Claire, Alchemy, Istabraq, Einstein and many others.

He left Limagrain in 2011 and is now Managing Director of Angus Wheat Consultants, an independent international consultancy business in cereal research. This email address is being protected from spambots. You need JavaScript enabled to view it.

Maarten van Ginkel’s academic studies in Wageningen led him from his home in the Netherlands to Australia, Turkey, and USA, where he obtained a PhD at the Montana State University in 1986. Between 1986 and 2005 he held various positions on wheat at the International Maize and Wheat Improvement Center (CIMMYT). He was involved in the opening of CIMMYT’s new regional office in Ethiopia, while simultaneously working in Eastern, Central and Southern Africa. In 1989 he moved to Mexico to join Dr. Sanjaya Rajaram, as senior breeder, before being appointed Head of the Bread Wheat Program from 1996 till 2003 and Head of the CIMMYT Wheat Genebank from 2003 to 2005.

After his work at CIMMYT, Maarten then contributed in various ways to the Australian public research between 2005 and 2007 involved in molecular plant breeding of several cereal, legume and oilseed crops. Since then, between 2007 and 2015 he was Deputy Director General - Research of the International Center for Agricultural Research in the Dry Areas (ICARDA), which plays a very important role in setting the strategy for research and development in the arid regions of the developing world, and covers cereal and legume crops, small ruminants, water and land management, and underpinning policy advice.

He bred or co-developed more than 100 varieties of wheat in more than 30 developing countries grown on millions of hectares, while publishing 85 articles in international science journals on various aspects of the genetics and breeding of wheat and more than 240 articles in total, including various books and book chapters.

He is now fulltime consultant breeding to Seed Co, the largest seed company in Africa, based in Nairobi, Kenya. This email address is being protected from spambots. You need JavaScript enabled to view it.

R. F. Moore is a technical writer and editor and Managing Director of Ahead Ltd.

R.F. (Roger) Moore graduated from the London School of Economics and his career has included many years’ experience in the agricultural & agribusiness sectors where he worked in marketing, as a commodity trader, and in the seed business. In 1992 he set up Ahead Ltd, a consultancy specialising in PR, and technical writing and editing. This email address is being protected from spambots. You need JavaScript enabled to view it.

Limagrain is the largest seed company in the European Union, and the fourth largest in the world. Founded in the Auvergne region of France, Limagrain is a breeder and producer of plant varieties, sells seeds to farmers, market gardeners and home gardeners, and has translated much of this “know-how” to the markets for food ingredients and bakery products. Innovation has always been at the heart of the evolution of agriculture, and today Limagrain is benefiting from its research investment in plant breeding and biotechnology. New technologies are now taking their place alongside traditional breeding strategies to accelerate the development of new wheat varieties across the world. By sponsoring The World Wheat Book trilogy, Limagrain recognizes the value of cooperation and the exchange of knowledge amongst all involved with wheat breeding, and offers this third volume as a contribution to the continuing story of wheat worldwide.